Amanda Hood and Dealbreaker with trainers Guy and Tiffany Cambria

The Code Four Show Stables team enjoyed a variety of successes during the fall horse show season and were rewarded with a variety of 2014 year-end titles, from the Young Jumper Championships in Kentucky to the HITS Culpeper Circuit in Virginia.

Dealbreaker and Amanda Hood concluded their year with an impressive fifth place in the USHJA Zone 3 standings in the Low Amateur-Owner Jumper section as well as the HITS Culpeper Circuit Championship. Their top ribbons and points were accrued throughout Zone 3, with highlights coming at the RMI Raleigh Benefit Horse Show in North Carolina where they won the Classic and finished as champions.

Amanda also had reason to celebrate in Raleigh as her Vavoom made his Grand Prix debut with Tiffany Cambria aboard. The striking gray earned ribbons in his first two classes at 1.50m, including the $25,000 Jump For The Children Grand Prix and the $30,000 RMI Raleigh Benefit Grand Prix. In addition, Vavoom added a sixth-placed finish in the $15,000 RMI Raleigh Welcome Stake as a bonus.

To complement his Grand Prix début, Vavoom’s 2014 show season included the Reserve Championship at the 7-and 8-Year-Old Young Jumper Championship at the Kentucky Horse Park in Lexington. Vavoom was one of two triple clean, and the only triple-clear 8-year-old. Collin W also finished 14th with excellent jumping. Vavoom and Collin W both jumped clear in the first round, for a super start to what ended up being a memorable competition.

Collin W and Vavoom shared many experiences throughout the year, so it was fitting that the duo also tied for third place in the USHJA Zone 3 7-/8-Year-Old Young Jumper Standings!

Calmar 3 also continued his excellent performances in the Jumper ring with Mackenzie Smith and showed off his prowess as an Equitation mount. Morgan Ward and Calmar topped both the Hunter and Jumper phases of the WIHS Equitation Classic (scoring an 88 in the Hunter Phase!) for the Overall victory at the Jump For The Children Horse Show in North Carolina.

Varios joined the Code Four team during the fall and became a barn favorite. The attractive gray, who has an extensive show record in Europe, clicked quickly with Tiffany, and the pair showed prowess in the 1.30m/1.35m Open Jumpers. They finished the season with ribbons at the Jump For The Children Benefit and in the $15,000 RMI Raleigh Benefit Welcome Stake as well as the Fancy Dress Rotating Pair Relay.

This is just a small sampling of all of the memorable moments shared by the Code Four Show Stables team, and Guy and Tiffany wish to thank all of their clients for a great 2014 show season. They look forward to more fun and successes in 2015! 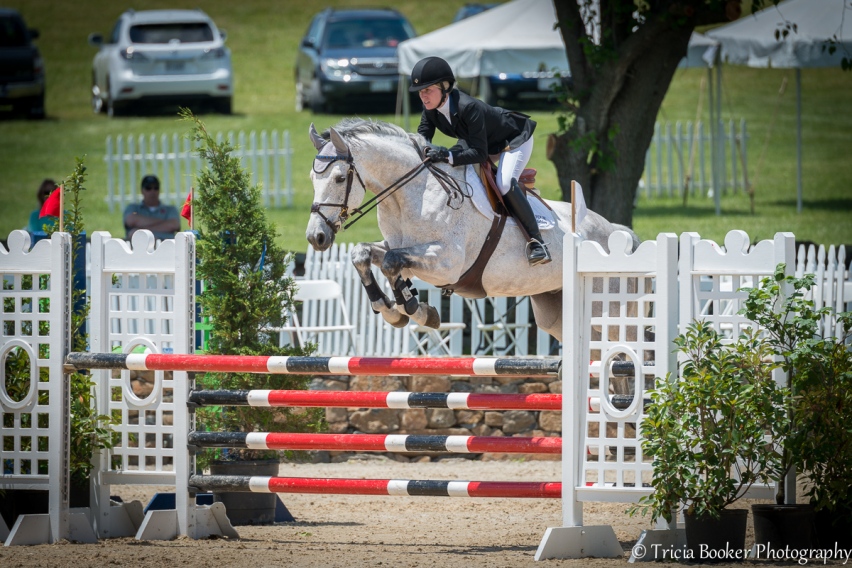 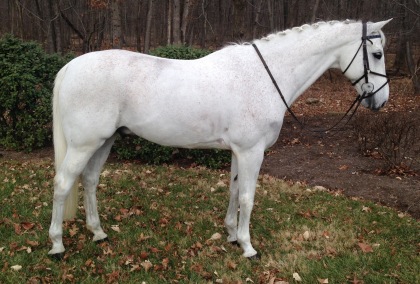 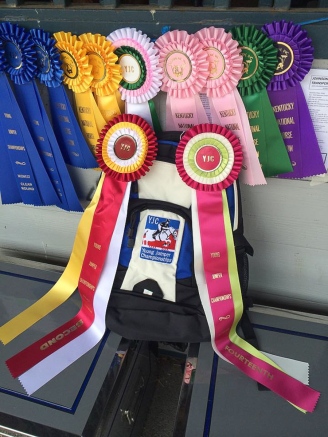 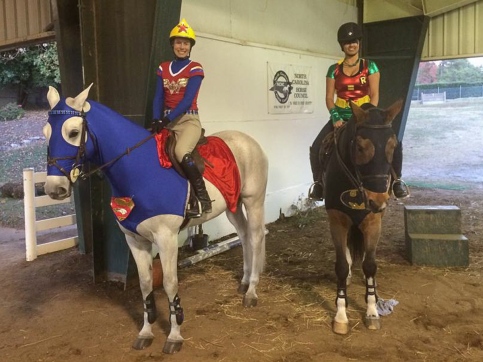 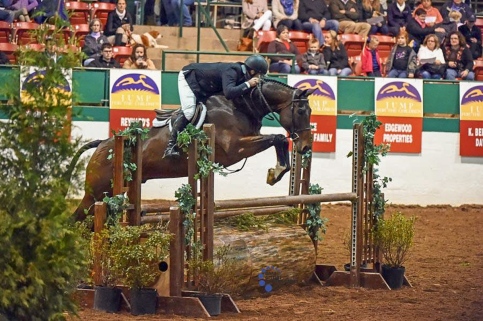 Andrew and Guy Cambria in the Derby 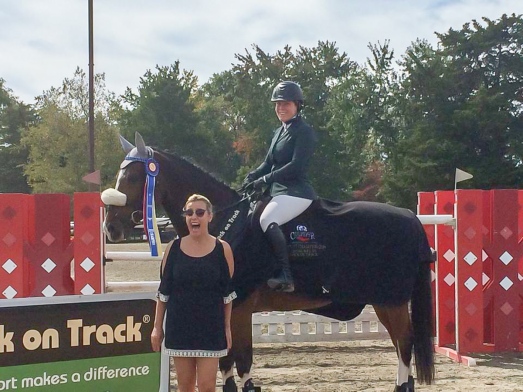 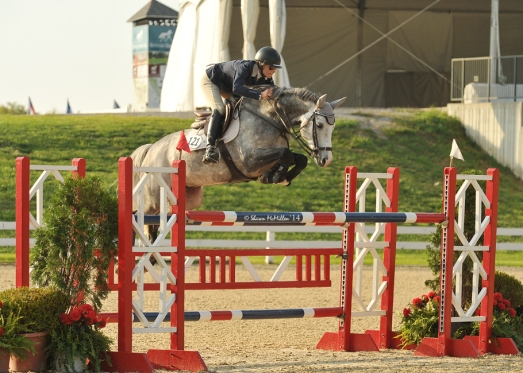 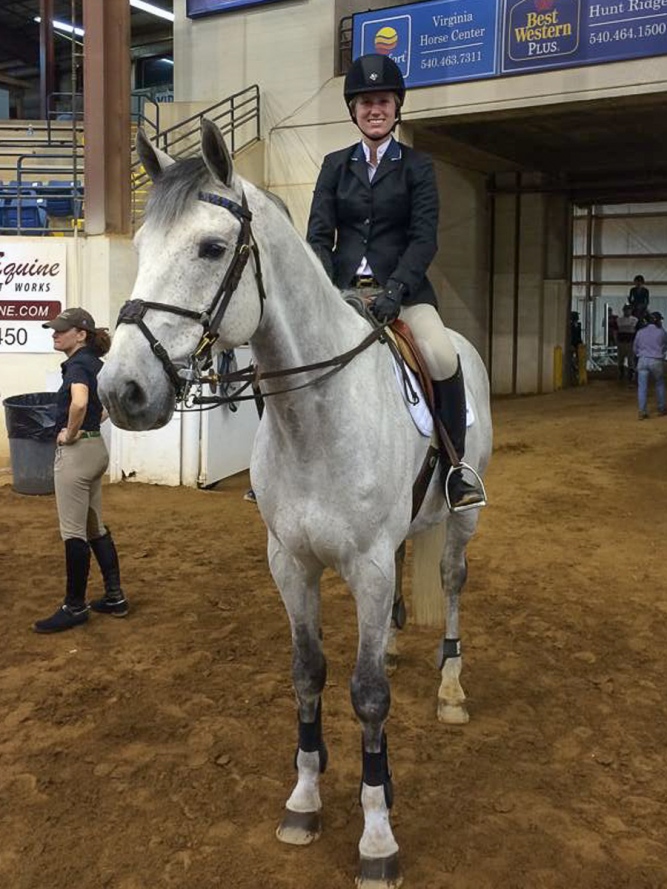 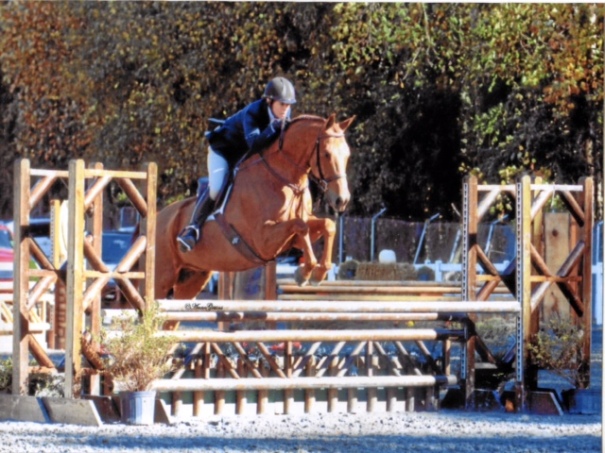